SMALL BITE: Coho’s Bar & Grill is a remodeled restaurant inside the Goldbelt Hotel in Juneau, Alaska. Coho bills itself as “American cuisine,” and specializes in an alliteration of “S” dishes: steaks, sandwiches, salads, soups and seafood.

DISH FROM DINERS:  “Before 6:00 p.m., the bar menu was half-price. I had the spinach salad with goat cheese, almonds and poached apples . Large, filling and very YUM!  (Next time, I’d go lite on the dressing. ) I also had a chicken thigh in a bearnaise sauce served on mashed potatoes (very yum!).” 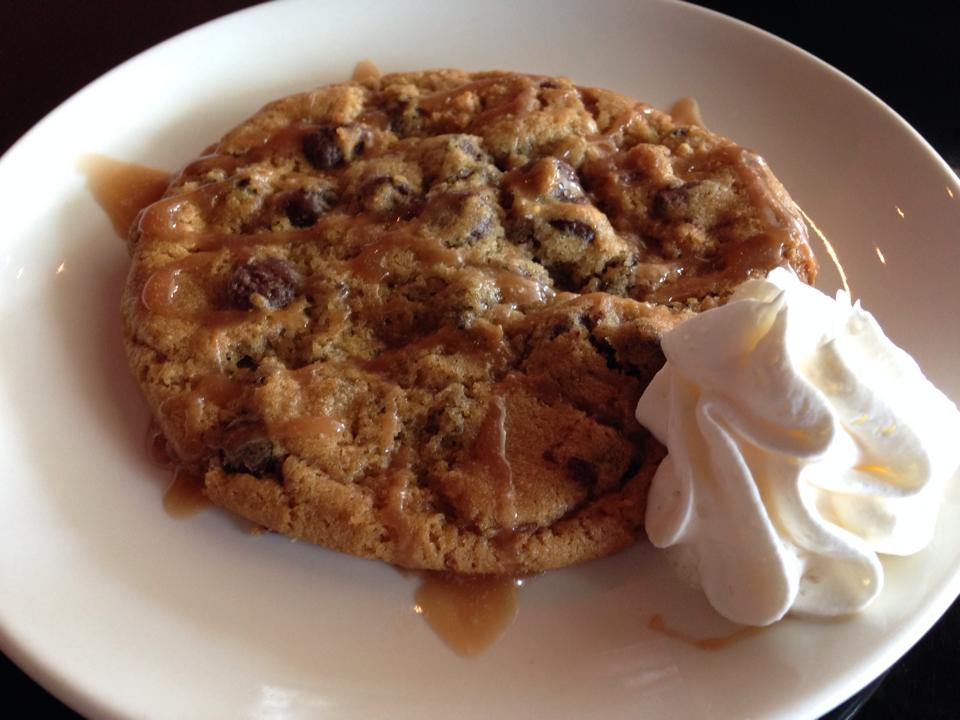 FOOD FOR THOUGHT:  “Coho” means “silver salmon,” which is a prevalent catch in the Juneau area. The confection above is a freshly baked cookie drizzled with molasses and topped off with a dollop of fresh, homemade whipped cream. Simply divine! However, it may not be on the menu, as it is a “secret, off-menu dessert.” But the chef will likely conjure it up for you, anyway.

ABOUT GOLDBELT HOTEL: The seven-story, 104-room hotel sits in the heart of downtown Juneau, close to the marina, cruise ship docks and the capitol building. The hotel recently underwent a large renovation, so rooms are in pristine condition and feature original, museum-quality Tlingit artwork from the local Goldbelt Natives. A must-do activity when you are staying at the Goldbelt Hotel is to take the short walk along the marina to the Goldbelt Mount Roberts Tramway, the only aerial tramway in southeast Alaska. The view from the top is AH-MAZING! And at the top of Mount Roberts is ANOTHER great restaurant, Timberline Bar & Grill, which specializes in just about everything from the sea. Rumor has it that the Crab Legs are AH-MAZING! 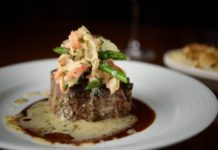